I've seen many recipes (mostly beef pho) that require use of bones and/or oxtail in order to make good pho broth. So my question is, is this absolute requirement or you can just use lot of beef to get the beefy taste?

No it is definitely not necessary to use bones in order to achieve good beef pho broth. While it is important to have correct/good ingredients, in my opinion it is much more important to utilize good technique and procedure to make your pho broth. As I've tried to explain several times on lovingpho.com, being able to pay attention to the right areas of pho making is a learned skill, and no amount of beef bones can hide the fact that you have poor pho broth technique/knowledge.

Also consider that in the early days of the different Little Saigons in America (mid to late 1970's), not all pho restaurants were able to find bones in any supermarkets or vendors just because this ingredients weren't demanded by the American public. But guess what, we had delicious pho served to hungry customers to this day.

So don't worry too much about it. If you can get decent marrow boned/femur bones/oxtails or even neck bones then just follow the proper cooking process. But if not, then some extra, flank or brisket or other cuts will do just fine. You'll get just as good beefy taste.

Lastly here's something to be pointed out. Without the marrow bones, you won't get the delicious fatty marrow taste. But that is ok. 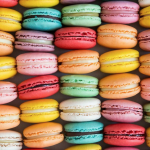 That's what the Internet does for you. There are times when just way too many alternative takes on the same thing can give you more confusion than a solution. I agree with Cuong, that there is no real rule on this. If you can find bones then that's nice but it's not a requirement.

I think bone and marrow are overrated. You can still make great pho without them. Recent foodies make too much of a deal out of them.

Talk about making a big deal out of bone marrow. 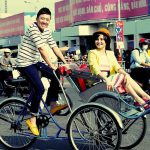 These foodie trends is making beef bones more expensive for pho ? . I remember when Vietnamese refugees first came to North America, you could not find beef bones anywhere. Those who found their ways to a butcher shop pretty much got all kinds of bones for free. There was no market for bones, tripe and tendons, etc. so they just gave them away. Today? Free? haha good luck! And now the foodies get on board making them cost even more.

Yikes! So much for food for the poor.

I don't make pho myself but have many friends who do. They always invite me and on only one occasion I see beef bones used. All the pho taste great so I have to say you don't necessarily need bones. On the other hand, many people do tend to show off with their recipes and fancy ingredients on the Internet, and pho is no exception. Just my opinion.

Good point. One thing I know for sure is, the vast majority of people do not know what bone marrow is and what it tastes like. They may have (and like) dishes that utilize bone marrow among many other ingredients from the preparation. But when/if asked a question about bone marrow as a must have ingredient, I'm not so sure people can make a clear, knowledgeable distinction and choice.

I've had pho made by friends and other people that never did use any bones, so bones are really not "required".