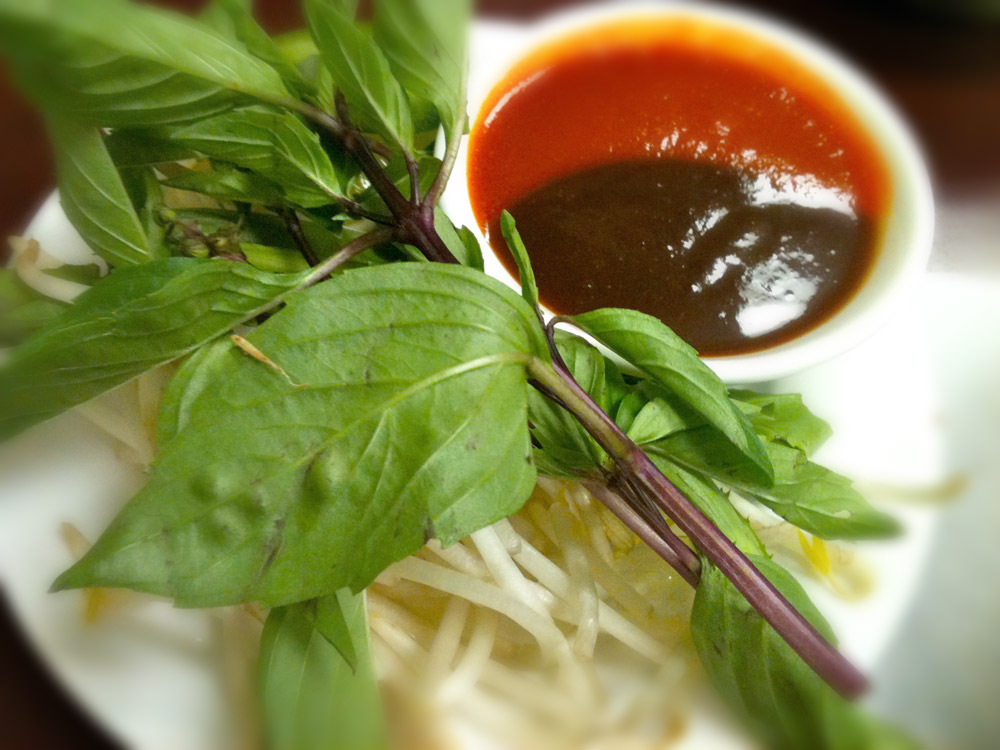 First let's look at what customer satisfaction really is. The pho restaurant will always have to look at it from the customer's point of view, not the restaurant's point of view. By this I mean the restaurant operator must understand 1) what the customer wants and expects, 2) what choices she has to obtain such want and need, and 3) what price is she happy or willing to pay for it. The price of satisfaction is a very well-known trait of commerce from the day people first started trading one item for another. If the pho restaurateur doesn't understand and answer the above 3 questions then the customer is not satisfied and will seek what she needs elsewhere, AND complain to their friends about it.

The most amazing thing I keep running into when analyzing pho restaurants and their business performance is, whatever problem or challenge they are facing, most of the time the solution is staring them right in their faces, or they already know about the problems themselves.

Let's take a look at some typical customer complaints found in online pho restaurant reviews. My comments are added ("LV" for Lovingpho) after each complaint.

The pho was tasteless, but we were hungry. And ate it all. The broth was blah, tasted water down and the meat [was] wasn't good. The lady working the register who I suppose was the owner/manager, please get off your phone next time I'm trying to pay. I would appreciate being acknowledged.

LV: The first part is about the quality of the pho broth. The second part is about the demeanor of the staff. Both can be easily fixed. I'm not going to say the restaurant owner doesn't know how to run a pho business or how to make good pho. To me, these are signs that this pho restaurant lacks the knowledge and/or ability to 1) maintain quality control (bad or inconsistent pho broth) and 2) properly train staff on proper behavior in front of the house, starting with the owner.

The place is clean and has big windows and red & white checked tablecloths under glass on the tables. If it weren't for the terrible music & my ca phe sua da being served in a styrofoam cup & the very bored owners sitting around out front, this would have been a four-star experience.

LV: This one drives home 3 important points: 1) unattractive ambience, 2) ca phe served in styrofoam cup and 3) owner looking bored. All are solvable problems, but again all are overlooked by the pho restaurateur. We can all guess why it is what it is, but are there any excuse for such faux pas like cheap music, cheap cup, and an uninterested staff? I won't assume the person described was actually an owner; if it is an owner then they have much bigger problems than those mentioned here. Just as importantly, how about an easy fix for the problems? Admittedly, the "terrible music" may not be easily fixed because the restaurant may not have a brand well thought out and therefore lacks a theme to even start thinking about music selection. But at least they can start with something more acceptable to a larger audience like oldies or nice light jazz, then take the time to learn more about the local clientele and their preferences, or play nothing at all. They just missed another chance to get a 4-star review.

I went here when the other owner had it, and I think that the new owner just took the same recipes and added some pho and serves smaller portions.  ... I saw what appeared to be the owner behind the woks, and asked him if he was and he said yes.  I asked if he could come to my table when he got a chance, and he acknowledged that he would.  Later as I was finishing up my meal, he appeared and was wiping down the tables.  I asked him if he had a moment to talk to me, and he said in a couple of minutes and kept on going around wiping tables.  Well I got tired of waiting for him, I felt I gave him enough chance to hear from a customer.  Too bad too cause I wanted to help him out, and now I think he lost a customer.  I wont be going back unless I hear from them that they have solved their steam table problem.

LV: An owner who avoids feedback from customers? Sadly this happens more often than not, and it is an easy problem to solve. There are caring customers who really took their time to let the restaurant know and then write reviews later. The owner may read this review and chalk it up as a bad one, but in my opinion it's a good review for the restaurant if one looks at it from the right perspective. Why do I keep hearing from pho restaurateurs complaining that business is bad?

I think the owners would be more successful if they transform the restaurant into a full-blown boba shop.  Their predecessors failed in making this a thriving Pho restaurant, so perhaps it's time for a change.

LV: I include this one not because the reviewer is necessarily right (change from pho to a boba shop.) I wouldn't advise anyone to change their business based on one or a few suggestions. The point here is, in any business especially in restaurants, it is important to solicit and listen to your customers BEFORE you open for business, then continue to solicit and listen REGULARLY after you open. In this particular situation, it's clear that business is not that great to begin with, thus the suggestion to transform. It's also clear that the new owner didn't learn much from the previous failure at the same location.

I had the tendency of coming on Sunday nights, so it may have just been a tiring week, but every time I came here the old man owner would barely greet you and lazily gesture for you to sit down.  He looks completely exhausted and semi-cognizant.  Without an utterance of a word, he takes your order and shuffles off.  The food itself is pretty low quality.  The broth has no flavor, besides the abundance of MSG, which makes it ridiculously salty.  It'll leave you wanting to drink a gallon of water afterwards.  Also, the noodles are often undercooked.  The place is pretty dirty.  The entire restaurant itself gives me a general air of discomfort.  I don't understand why people would voluntarily come here.  I don't know why I did as many times as I did.  It must be because it was closeby?

LV: This is an example of a bad pho restaurant review but the problem is not only with the pho owner, but also with the pho customer. I'm not blaming the customers for a restaurant's problems at all. The fact is, we hear people wondering how so and so bad restaurant is still open. Well, this may be the explanation, it's the only choice available for various reasons. What really allows bad pho restaurants to still exist is there are still enough customers keeping them alive. Natural market forces should take care of weeding out bad restaurants, but it doesn't always work that way. I think smart customers should definitely vote with their pocketbooks. Period. 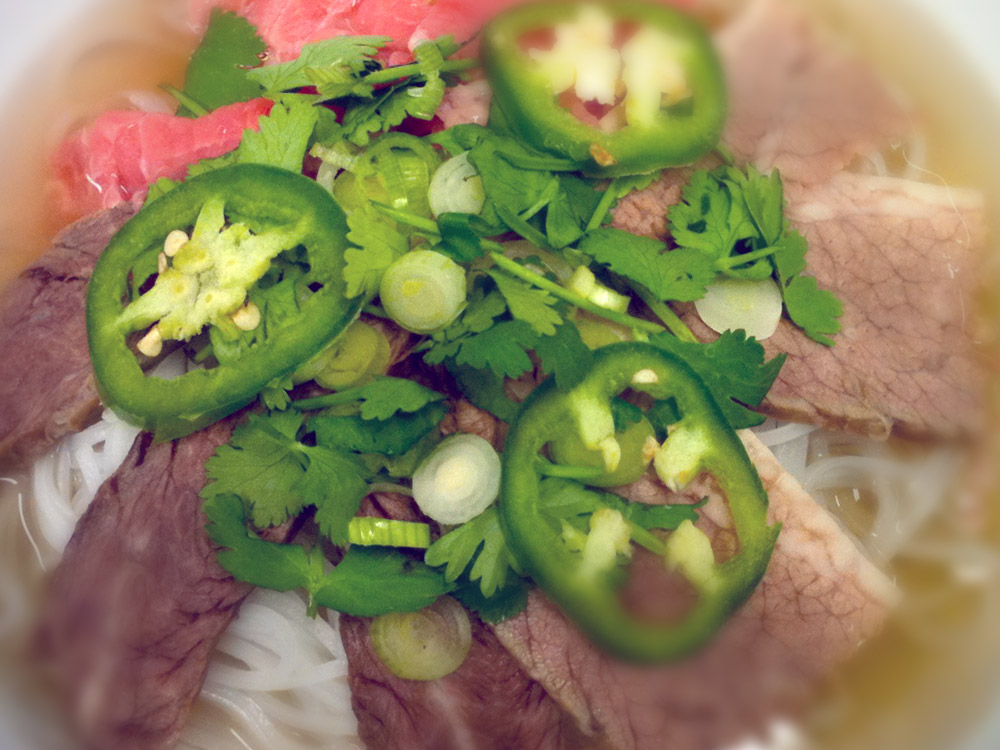 So there you have it. Achieving customer satisfaction in your pho restaurant is not easy, but it's not impossible either. In fact, if a pho restaurant owner just pays attention to a few simple things, he can attain positive customer reviews relatively easily. To be sure, it still takes hard work and a sincere desire to serve the customers, no doubt about it. In my opinion, if a pho restaurant owner can get through the difficult process to design and build the business, to meet strict health department requirements, and to successfully open a pho restaurant in the first place, then how can he mess up pho quality and customer service after it's open? It boggles the mind.

So yeah, no new secrets. But they're strong, valuable and actionable reminders and reinforcements. In life, worthy things are often free and simple.

Have you run across an interesting pho restaurant review? Please share with us in the comments below.