I'm 1 Month Out From Opening My First Small Restaurant 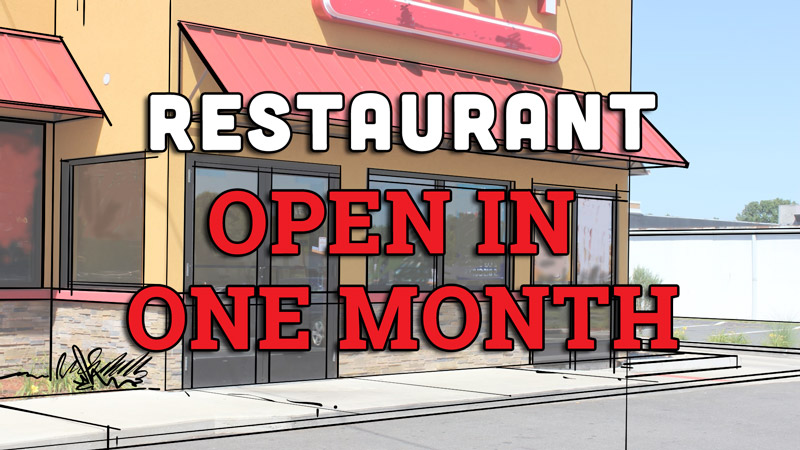 This post is about a small restaurant to be opened soon. It doesn't serve pho but has the exact challenges many new pho restaurants struggle to deal with. I'm sharing it here to convey some important aspects of opening up a new restaurant. I hope you find the information helpful and valuable.

Recently I replied to a question on another forum. It was a long question/message so I'm including here just the important points, followed by my answers/suggestions.

My first restaurant is opening up in just about 1 month and I’m running a thought exercise to figure out just exactly what’s left for me to do. Obviously as a first iteration, I’m trying to figure out what I’m overlooking and I’d like to ask for your help. Skip below to see the list I’ve mapped out and chime in if you feel I’m missing anything.

... Construction slated to complete June 20th and I assume inspection takes place the next day. I also assume this requires 1 processing day before my physical operating permit is available for pickup. So June 22nd would be technically good for opening.

My Plan:
The way I see it, as soon as construction and inspections are done, I’m immediately free to open for operation.

[Editor's note: below are some items from the OP's posted to-do list]

Basically it's a long list of remaining things to do in the remaining time before opening, and OP's asking for help from the community if he's overlooking something or missing anything.

There are tons of things to do when prepping for grand opening. I don't think anyone can give detailed list or line-by-line suggestions of what you're missing or what you should add. All that said, VDerevyanko gave you excellent points regarding marketing plan, which as he/she pointed out, should have started 3 months ago or even earlier, in my opinion. You said you've been planning this project for 2 years, but without marketing consideration all this time!? A gross oversight, for sure. But rest assured that my input are never about shaming or blaming, rather they're to make the point that most newbies must/should know what they don't know, but fact is they usually don't.

Below are some high priority, high level stuff you may want to focus on asap in addition to whatever items you still have on your checklist. You seem organized and know how to use checklists, so I'm sure you can translate these high level stuff into actionable items.

By the way, since you mentioned "your boss", it's not clear if you're a decision maker. If you're not then these suggestions may be moot. Regardless, hope these help in some ways.

Also I added another followup.

Something I meant to touch on but forgot (with all the other stuff pouring out of my head lol): So if construction is targeted for June 20 completion and OP plans to open to public 2 days later then that's not very realistic. Construction is rarely on time, and 2 days for training, prepare to open and everything else? No way. I think OP won't have enough time to implement any of these things.

To OP: why is the rush? I had projects where the owners tried to beat the first rent payments (which is very poor reason to set opening day imo), without fail they'd regret it later.

Opening a new restaurant is never easy. There are zillions of things to pay attention to. Even when you think you have done everything, getting the RIGHT THINGS DONE AT THE RIGHT TIME is always a challenge especially for people who've never done it before.

Otherwise when comes crunch time, you may have to make decisions based on what you can and cannot do in the time available before grand opening instead of what's best for your restaurant.