How Long To Cook Pho Spices In Pho Broth 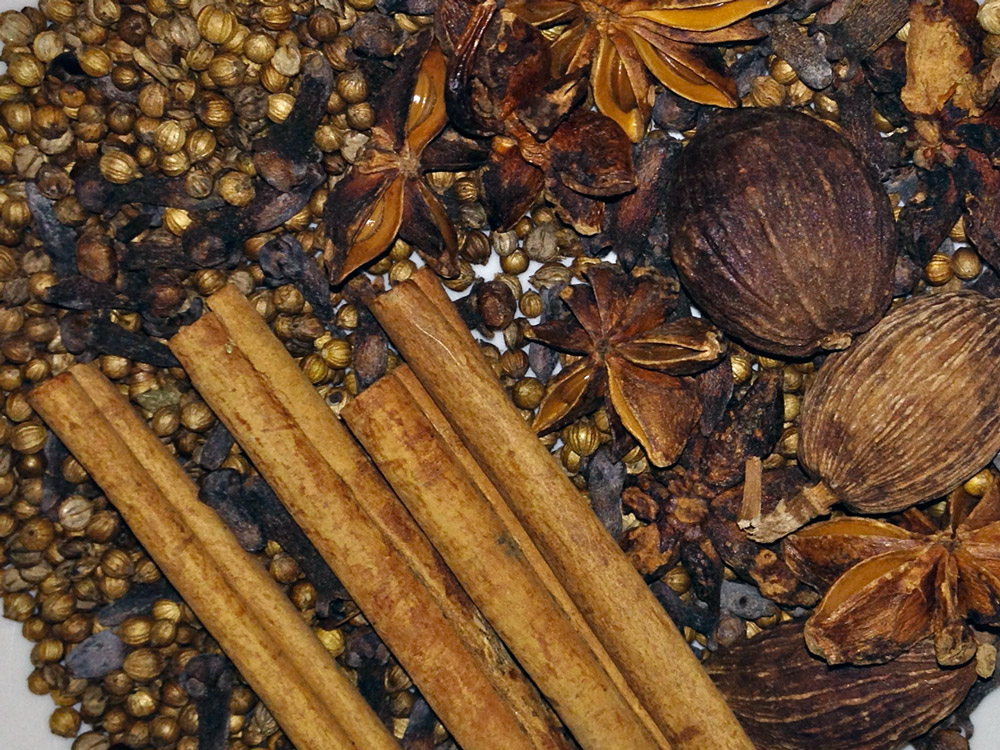 Reader Steven sent a great question about how long to cook pho spices over at the post Quick Beef Pho Recipe with Quoc Viet Foods’ Pho Soup Base. The subject on how long to cook the spices in pho broth is quite important, so I thought I'd share with you some tips in this post.

... I’ve always ate[sic] pho in restaurants but have been experimenting on the best method for cooking quality pho with consistency at home. So far, its been good but not as I’d prefer it to be. With regards to spices, I’ve had a few recommendations from people that cooks pho, some are restaurant owners as well. The recommendations from these people range from putting the spices in the broth for 15 minutes to to[sic] 1 hour. I find that with 15 minutes it is impossible for me to accept the fragrant of the broth. I’ve tried 45 minutes and it was acceptable. I wanted to leave it in longer to extract more fragrant[sic] but I was afraid it might give it too much of a kick that the taste may turn out tangy. My question is then, should we double or triple the amount of spice and remove it sooner to give it a good kick without the tangy taste? For example if I use little amount of spice, I’ll just leave it in there much longer, lets[sic] say maybe 2 hours or more. Or is the amount of spice not as important as to the amount of time its[sic] in the broth?

Great question Steven. Spices that are used in pho are critical ingredients that can make or break your pho pot. In general, it makes sense that the longer you cook the spices, the more you get out of them. Conversely, the quicker you cook them and take them out, the less flavor and fragrance you will get. The trade-off is of course time versus quantity. But there’s another very important dimension: method of preparation.

Before discussing method of preparation, however, let’s first look at an analogy. Think of cooking your spices like steeping your coffee ground in a French press. The reason why it is not recommended to go past 4 minutes in the French press is because the resulting coffee will taste bitter with longer time. Four minutes would be just right for coffee in the French press. In a similar way, after the spices are left too long in the simmering broth, I would expect that you would not get much more out of the spices after certain amount of time, plus they may even give you undesirable tastes.

Now on to spice preparation. There’s also another reason why I mention steeping coffee grounds in a French press, and that is the coffee ground. The reason you grind up coffee beans is so that you can extract coffee flavor easily. For the same reason, pho spices can be ground to aid with flavor extraction. For pho, what are we really talking about? We're talking about grinding the following spices: 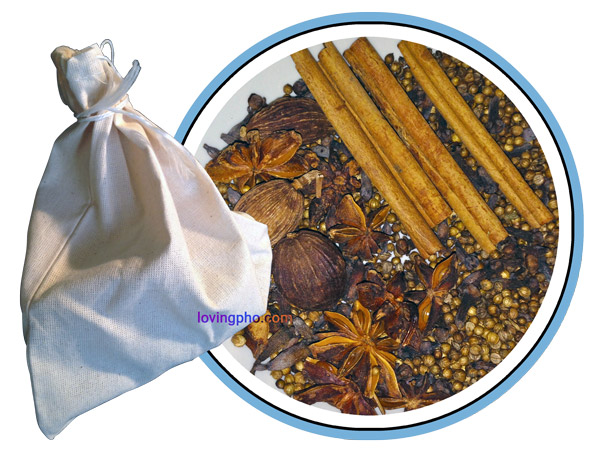 People may throw in a few others, but these are the main pho spices. Depending on your recipe and whether you're making beef, chicken or vegan pho, you would use a different mix of these 5 spices.

So here's the deal. Regardless of the spice combination you use, you can do one of these 4 things with your spices:

In all these options, it's advisable to put the spices in a bag (muslin or cheesecloth). Grinding the spices releases their fragrance and gives you more surface areas of spice to cook in the broth. The roasting action by itself also releases the fragrance and oil of the spices as they are heated up. As you can see, combining grinding and roasting in option 4 above will give you a very strong and quick kick of spice flavors at the shortest time possible.

So with all that said, and taking into account all other variables, I’d recommend you follow your recipe, and test the spice method to see what works best for you. If you decide to use option 4, I would say 30-45 minutes should be a good start, while you keep checking to see if it's at a point where the taste and fragrance are what you want. And depending on your pot size and other variables, you can increase or decrease your spice time appropriately in future pots.

Lastly, here's one more very important secret to making consistently good pho broth. It's the word consistency. To achieve consistency, you need to do something over and over again, regularly. You have to regularly practice doing it. This is what good restaurants do.

If you only make pho maybe once or twice a year or for the first time, then I don't think consistency or good result is a realistic expectation. What good is it to achieve great tasting pho one time but then you can't repeat it?

So give it time, get more practice, gain more experience, and you'll get awesome pho consistently.

I hope this help others in making the best pho possible, at home or in their restaurant.