What Makes a Great Pho Restaurant?

Please be aware that, though I'd like to think of myself as a fair person, I realize that each of us do have our own certain personal preferences and biases. Our preferences may be directly or indirectly influenced by other factors such as where we live, where we come from, what we believe in, and sometime our own economic situation of course. Who says pho is not a religion? Maybe not yet, but the critical mass is already swelling. We can all feel it.

So with the prelude out of the way, let's look at a couple of recent polls running on LovingPho.com. You are welcome to take them if you haven't done so. Click "Vote" under the results to take a poll and add your voice among other pho zealots (thanks Andrea Nguyen for the term) and tell us what a great pho restaurant means to you. Why these two questions? Well the first poll, "How important is authentic/good pho to you?," is repeated here just to set the stage for the fact that, despite my own expectation (and maybe yours too,) there are almost 1/4 of the people who took the poll (20% + 4% saying good pho is subjective or not important) feel that it's ok to have less than authentic/good pho.

How important is authentic/good pho to you? Pick 1 or 2.

The second poll, "Your perfect pho restaurant?," is really where the meat is (again no pun intended.) Here it is.

Your perfect pho restaurant? Select up to 4.

Go ahead, take the polls if you haven't done so.

OK so let's pick them apart. The results discussed below are based on poll results as of September 28, 2010. It is expected that the general trend of the results will continue. I'll continue to track and make updates as needed.

More than 50% say great quality and fresh garnish are the most important pho restaurant attributes.

Cleanliness is an important pho restaurant attribute, but it's not necessarily what it seems. 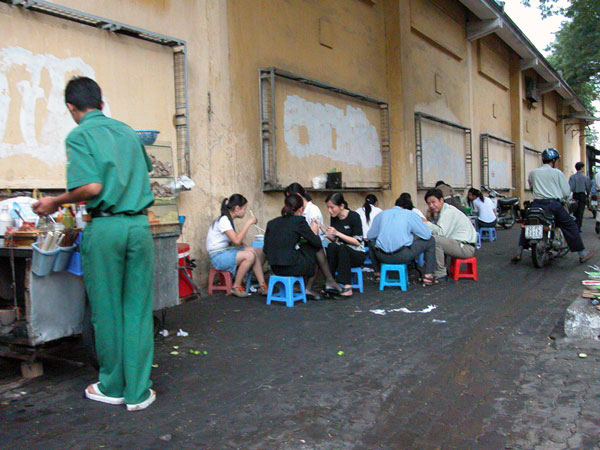 Large portions, good service, and low price: restaurant attributes that can be important, or not.

What pairs well with your pho? Select 2.

So that was a little "profiling" of pho zealots. For those who know how to take advantage of this information, they can start using is as a base to build their pho restaurant business on.