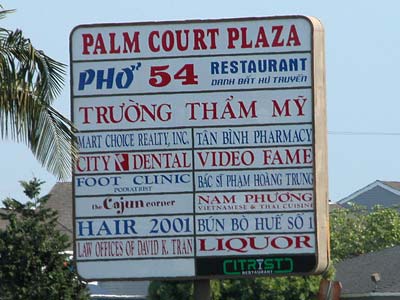 Updated 03-22-11. By now you probably know how passionate I am about my beloved Vietnamese phở. With everything that's going on in the pho industry, if you can call it that, from pho franchises to "new" forms of pho (seafood, pork, etc. - I'm shuddering brrr...) to pho shops owned by non-Viet restaurateurs, I have a serious concern for where the authentic pho as we know it may be heading - at least the version I know I like. Who cares, you say? Well I know there are many who care, or should care.

Of course "authentic pho" itself is debatable, so let's talk about influences.

Vietnam was under Chinese rule for about 1000 years, then another 100 years under the French after that, so one can make up his/her own mind about who gave what and how much influence to the Vietnamese. Pho is no exception.

If you haven't done so, I invite you to read the following articles:

Those who know Vietnam know the fact that Viet culture definitely have Chinese and French influences. French was the second language in the country even past the Vietnam war in 1975, after the French were long gone and large number of Americans were there since the early 60s. After 1975 and throughout the subsequent communist Soviet Union influence on the country, Russian was becoming the predominant second language in many schools. However, French influence remained a part of Vietnamese life right through the fall of the Soviet Union in 1991.

Many people fail to realize how strong the Viet-French tie has been and will ever will be. Even in the 10 or so years following 1975 when the Communist government in Vietnam closed up the country, it was the Europeans and specifically the French who came back to Vietnam first to open diplomatic relations. Despite historical genesis, the French love Viet people and vice versa. Not surprisingly, one of the leading culinary experts in Viet cuisine is a French named Didier Corlou! The Communist Vietnamese took credit for kicking out the French in 1954, but they won't admit that in post-1975 Vietnam depended even more on the French and was glad they came back as they did. It actually opened up the country again to Western investments, trades, education, and other good things. It wasn't until around 2005 when President Clinton normalized U.S.-Vietnamese relations that English was moved up as the language of choice for international and business communication. Yet that French influence (and Chinese, obviously) remains indisputable far into the future.

One thing for sure though, Viet people (especially the commoners) adopted foreign words and added our own accents to make it "look" and "sound" right for Viet conversational use. The "ph" in "phở" is pronounced exactly as an "f" in French, since there is no letter f in the modern Viet alphabet. And I want to stress that there is no "p" sound in "phở" either. Read more on the History of Pho.

Here are a couple of things that happened after 1975 and is happening now. One, pho is now popular around the world due to the millions of Viet refugees who left the country since 1975. Without this key group of people I doubt if pho would have received much attention at all aside from a few tourists and foreigners adventurous enough to try out a bowl of pho when visiting Vietnam. Two, with such large Viet communities in the U.S. and more and more Americans searching out for pho everyday as the new comfort food, pho itself is being influenced by Americans, American taste, American way of life, and the American marketplace as we speak.

So how is pho being changed? Here are a few ways:

So there you have it. Pho is changing. Regardless of if you're for or against it, or maybe don't even care, you can't stop it. The only thing you and I can do is to help control it through our own pocketbooks. I know we have urges to try something new all the time, but I also know I need to give my continued business to good authentic pho restaurants who go out of their ways to do it right. It doesn't have to be prepared in traditional way necessarily, but it has to taste the way it should be. There are real and important reasons to patronize good pho restaurants, because if they go away, you'll never know what you'll get in their places.

Please take this poll on the subject.