Shallots - One of Many of Pho's Critical Ingredients - Part 1

Shallots are ubiquitous in Vietnamese cooking, pho included. If you look at many recipes for pho, you will see that shallots are an important ingredient along with fresh ginger to help give pho that unique taste and fragrance.

In this article, I'll take a close look at shallots, where it came from, how it's grown and harvested, how it's used in general, and how it's used in pho in particular. Part 1 will concentrate more on shallots as an ingredient, and in Part 2 we'll delve into shallots and pho in a lot more detail. 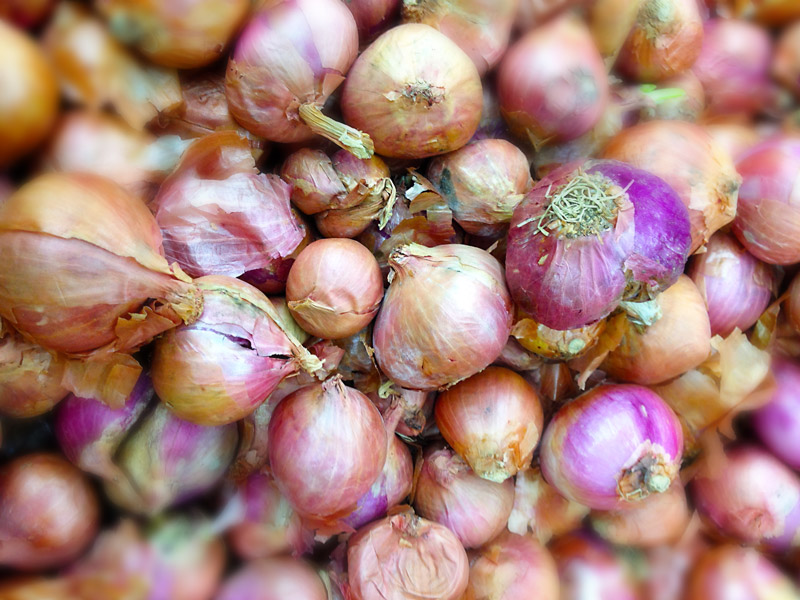 Shallot is a part of the onion family, yet it's shaped similar to garlic rather than onions. Shallots are favored for their mild onion flavor, and in many cases can be served in the same way as onions or even in place of onions. When used in place of onion, the normally acceptable ratio is 3 to 1 (3 whole bulb shallots to 1 onion).

A shallot appears like a little, oblong onion with a copper, reddish, or gray skin. When shallot is peeled, the bulb splits into cloves similar to garlic.

There are two main types of shallots: "false" shallots (bigger in size) and "true" shallots (more tasteful flavor). Clean green shallots can be found in the spring while dry shallots (dry skin/moist flesh) are available year-round. Shallots consist of three sizes –the small, medium and jumbo (the least tasty).

Shallots probably originated from Central or Southeast Asia. Shallot's botanical name is “Allium cepa var. aggregatum”, with a particular species called "A. ascalonicum" which refers to the Port of Ascalon which is presently the coastal city of Ashkelon in Israel.

Shallots were brought to Europe by Crusaders coming back from Palestine. Since the 12th century onwards, shallots were farmed in two traditional shallot-producing in French nations, which are Brittany and Anjou. To this very day, shallots continue to be traditionally farmed in those two areas, but they are also currently farmed in the North of France.

In Asia, shallots play an important part in Persia and Southeast Asia recipes. In Persian cooking, shallots are often soaked for days then boiled before using them in recipes, and are used in yogurt as well. In Southeast Asia and Vietnam, shallots are used everywhere, often in place of onions. A popular  way to serve shallot in Vietnam and other Southeast Asian countries is finely sliced deep fried shallots used as a condiment. 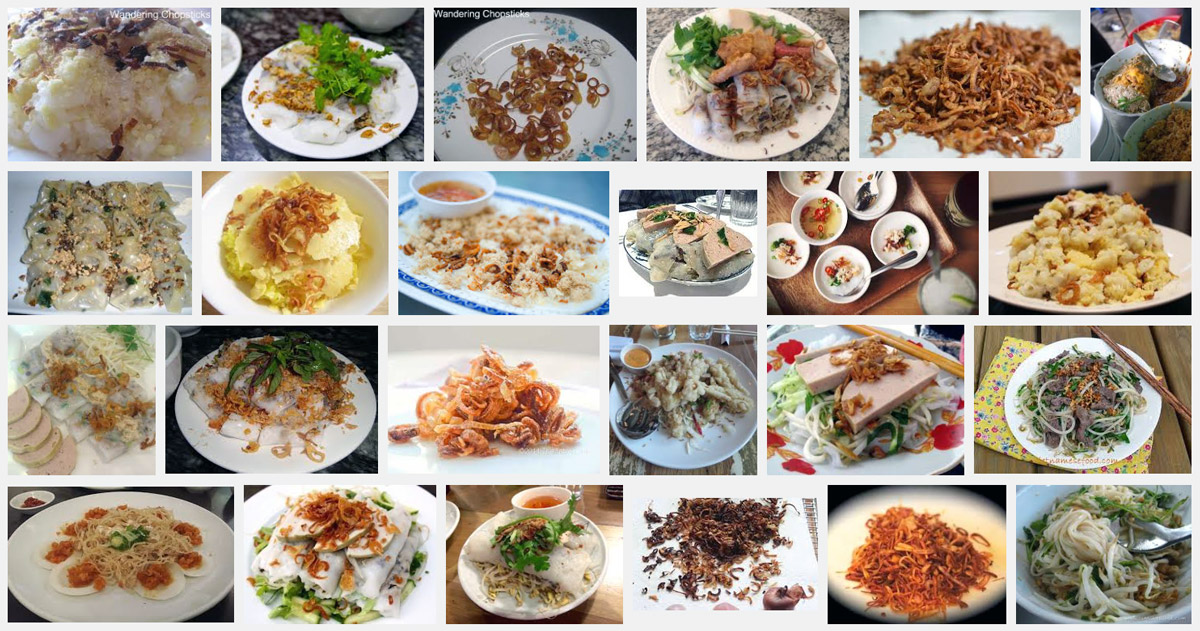 Shallots grow well in cool mild to mild tropical climates, and they prefer well-draining soil with high composition of organic matter. Seeds germinate at a temperature range of around 50°F to 86°F (10°C to 30°C), with a maximum germination temperature of between 64°F and 75°F (18°C to 24°C). The best growing temperature is within the range of 55°F to 75°F (13°C to 24°C).

Planting has to be timed to prevent times when daylight heat goes beyond 80°F (27°C). On average, shallots take from 70 to 90 days to grow, and they are normally harvested before the hot summer time. In Asia where it is mostly subtropical, planting is commonly started in the March - April time frame, while in cooler climate, planting should start in late winter or early spring. Only in places where summers are mild would they be grown over the summer season. 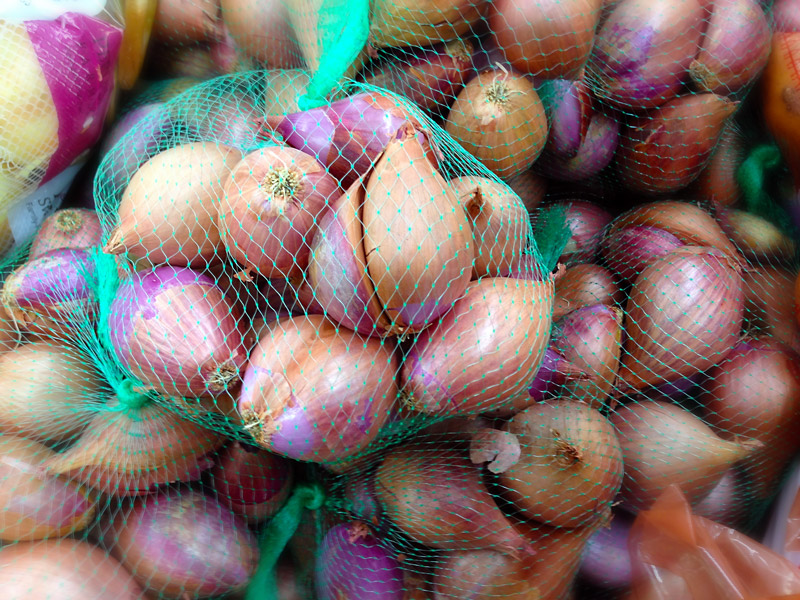 Shallots are ready when the foliage becomes partly withered and bulbs have reached marketable size. Shallots are harvested and kept in a cool, dry place for at least two weeks for curing.

During harvesting, shallots are hand-pulled, cleaned and bunched with the roots trimmed. All damaged or diseased leaves are removed. Shallots are packaged in bunches, based on size, and either packed with a rubber band or wrapped in a plastic material. The tops are cut to a regular size and pack in vegetable cartons. Air conditioning is necessary to maintain freshness and life span. 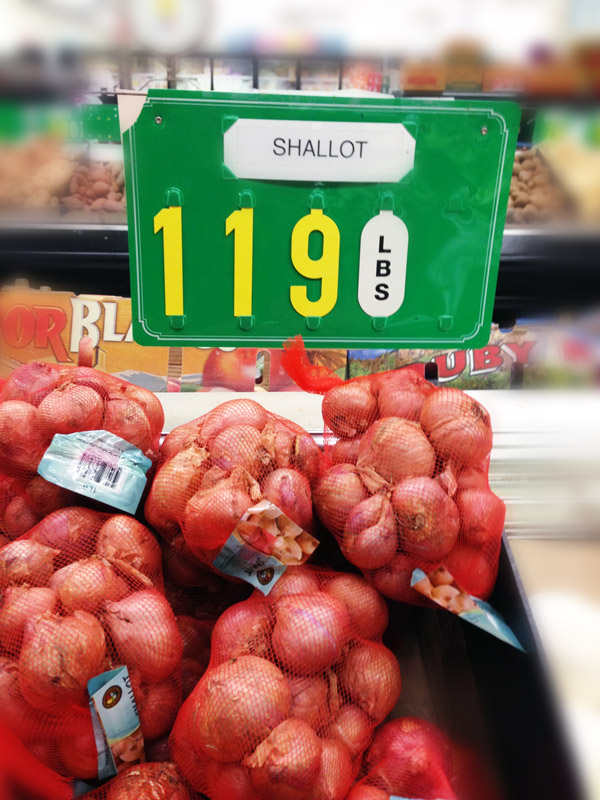 As with many other produce that are grown and harvested, shallots are distributed to the markets following similar channels. Bulk shallots move from the farmers to local dealers, traditional wholesalers and sometime directly to local markets or branded stores.

In North America, shallots can be found in many supermarkets. In general, shallot prices are always higher than those of yellow onions anywhere you buy it. Because they are considered more of an "exotic" ingredients in American branded stores, shallots are sold at much higher prices in these markets then in Asian stores. Also if you live in a metro area with large Asian population, especially South and Southeast Asians, you can find shallots in abundance with great, affordable prices; I've seen shallots (and many other produce like green onions and cilantro) at ridiculously low prices.

I'll discuss more about pho and shallots in Part2.

Have feedback or comments to share about shallots? Please add to the comments section below.