Does anybody know of a quicker cook banh pho noodle beside the fresh kind? The dry banh pho requires like 8 to 10 minutes to cook, so I’d looking for something faster and maybe easier/cleaner to do.

LNMknw3 was looking for banh pho that is faster and easier to cook without compromising quality. I gave a quick answer to the question in the Pho Forums but thought I'd share additional in-depth information here.

So fresh banh pho being what it is, it's always going to the best, quickest and highest quality. Nothing really beats ingredients that are fresh.

On the other hand, dry banh pho has always been a main staple for homemade pho. This is because fresh banh pho may not be available everywhere, generally costs more, and requires refrigeration. Dry banh pho solves pretty much all these problem as it is available in abundance, is very affordable, and can be store at room temperature for a very long time. When cooked correctly, the quality of dry banh pho is actually very good, providing soft and al dente quality to the texture.

Of course, the drawback of dry banh pho is the fact that you have to cook for 7 to 10 minutes depending on the thickness/size of the noodle.

Considering about 10-15 minutes to boil a pot of water, and another 7-10 minutes for the actual cooking of dry banh pho, it can take up to 25 minutes to have the banh pho ready to drain and serve.

Get The Quick Cook Banh Pho

It came to my attention recently that there are now available dry banh pho that cooks much faster. Two that come to mind are the Bình Tây Phở Chay brand and the 3 Miền Phở Khô Rice Noodles (photos below).

These mainly come as single portion packs complete with small flavor and oil packs inside for a full meal, similar to other "instant" noodle and ramen. If you've already made pho broth at home, then just use the noodle and not the flavor packs. Some if not all of these brands do have larger packaging for sale if you you look around in the same supermarket.

My personal take is, these are decent to pretty good quality. Both instructions say to boil in water, but I've experimented with just pouring boiling water into the dry banh pho in a bowl/container, and you have great banh pho noodle in about 2 minutes or less. If you decide to boil in a pot of boiling water then you'll probably need only 30 seconds or less. Any longer and you may over cook it. So test it the first time you use it.

Binh Tay banh pho instructions says 3 minutes, but my experience is more like one minute in boiling water or less. Any longer time will cause mushiness quickly. 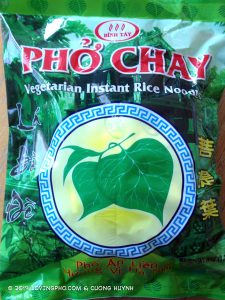 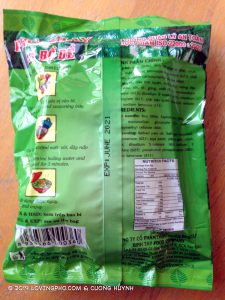 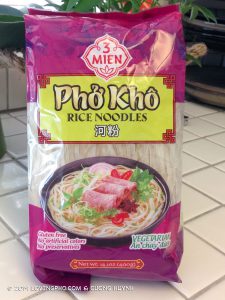 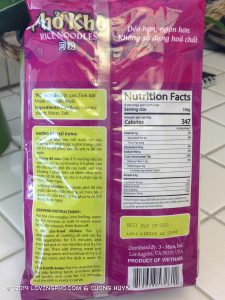 How About For Pho Restaurant Use?

These two banh pho are perfect for home use. For restaurant applications, bulk packaging and wholesale pricing are required. However it's not clear if they are available in commercial bulk packs since I've only seen the retail versions.

The manufacturers may have produced the commercial packs but obviously normal supermarkets are not carrying them. With that said, since many pho restaurants do buy supplies directly from Asian supermarkets, I hope the markets will decide to offer them sooner than later.

Let me know how you make out. Also please share other quick cook banh pho options if you've found something that works.