Home›featured›Is It More Than Just Spices That Make Real Pho?

Is It More Than Just Spices That Make Real Pho?

Pho is becoming popular every day. As a Vietnamese I love it and am very proud at the same time.

For this reason, when someone makes an assertion about pho that's not quite true or correct, I welcome the opportunity to help rectify, share, and educate in hope to keep pho's integrity and authenticity at least somewhat intact.

Here's an example. Reader Arun wrote in the conversation about What Is Real, Authentic Pho? :

I would say in order to be called pho it should have cinnamon, coriander, fennel, cloves, and or star anise. Anything else without that is hu tieu. 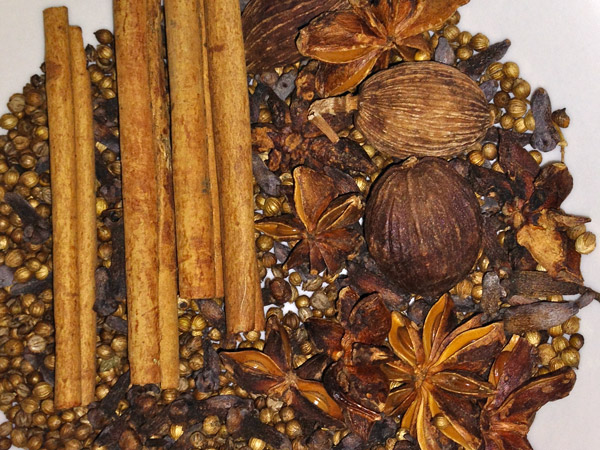 It's not clear about Arun's use of the conjunctions "and" and "or" and what he/she actually means by this statement. There actually are 2 different issues in these sentences, one is whether pho must have ALL the spices mentioned, and two is the mentioning of hu tieu. Here's my answer to Arun's interesting post.

@Arun: Thanks for leaving your opinion. Here’s the reality that many non-Vietnamese (and even some new generation Vietnamese) do not realize and/or understand. It’s not that cut and dry to attempt to define pho in such a narrow definition, and it’s not fair for pho to be put inside such a sharp and narrow boundary.

In order to understand food in general and pho in particular, there is a better perspective to consider. Here’s what I’m talking about.

When my family and many others arrived in the U.S. in the late 1970s, we made pho at home that didn’t really have all necessary ingredients. But I can assure you that what we made using only what we could find in the U.S. at that time was 100% pho. This is because we knew what pho was supposed to be and with the limited ingredients that were available, we chose only the right ingredients so we could make pho from them. So it’s a lot more than just following a list of ingredients with a narrow definition. It’s more about how you understand the food itself.

Hu tieu is another story entirely and has completely different flavor profile. The only common ingredients are the banh pho noodle and maybe green onions and cilantro for garnishing. You can’t just change a few spices in pho, or not use them at all (as you seem to imply) and get hu tieu out of it. I don’t think it works that way.

For those wanting to know more about hu tieu, check out this post called Hu Tieu or Hủ Tiếu - Paying Respect to Pho’s Cousin.

I have made pho with only 2 or 3 of the spices mentioned, and I know of many people who have as well. With some adjustment made to the recipe, one can create great tasting pho, and no one will know what's missing.  Depending on how you do it, most people can get by using just star anises, cinnamon sticks, and maybe one or 2 of the remaining spices.

So have you made great pho with less than the 5 spices? Share in the comments below.